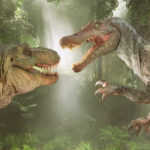 Metal-loving gamer geek Scott Weidemeyer lives with his ornery grandmother and works a lousy job at a donut shop. But every Tuesday night, he is the omnipotent Game Master, guiding his role-players through a tabletop journey of fantasy and adventure. However, when neo-nerd hipster Miles joins his game, Scott begins to resent the admiration Miles receives from the other players. To make matters worse, the health of his grandmother begins to falter, and his estranged mother visits town, reminding Scott of a childhood hed just as soon forget. Caught in a spiral of rage and delusion, Scott is forced to take drastic steps to reclaim his honor, and his identity as the Game Master.