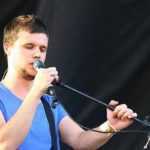 The story revolves around 6 friends (3 boys and 3 girls) who despite being from very different backgrounds forge such a strong bond of friendship and sometimes even more. The film introduces Balli Riar as Jaskaran Brar, A rich, short tempered Brat who uses his hands more than his tongue by punching before speaking thats why he usually called Garari Bai. Also introducing Vinaypal Buttar as Kashmeer Singh, A DESI jatt from Bathinda, who is always taking feeling of being an Action Man (like his father the highly feared Maula Jatt) but ends up mostly in comical endings, still never let go of an opportunity of boasting, thats why he is teasingly called Ghaint Jatt.