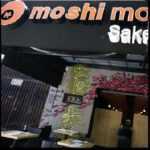 This film is definitive version of Robin Hardys thriller of pagan worshippers on a remote Scottish island. Seen for decades only in mutilated copies, the new Studiocanal restoration is the culmination of a long search for the complete directors cut. This year marks the 40th anniversary of the cult classic.
After receiving an anonymous letter about a missing 12-year-old girl, devoutly Christian cop Edward Woodward travels by seaplane to a remote Scottish island to investigate. But the islanders welcome neither his badge nor religious devotion, for laird of the isle Christopher Lee and his devoted followers worship only the pagan gods of old – and those gods demand a sacrifice. Woodward fears for the missing girls life and follows every possible lead to find her – despite the islanders interference – before she becomes a human sacrificial lamb.