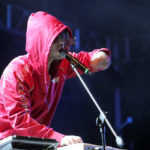 During WW2, Torgny Segerstedt was a crusading journalist, editor-in-chief of one of Swedens leading newspapers, and deeply against Nazism and his countrys policy of appeasement to Hitler. With Sweden caught between Nazi Germany and Stalins Russia, the countrys elites chose a policy of neutrality and compliance, with few daring to speak up against the evil around them. Among those who did, nobody was as loud and as uncompromising as Segerstedt, one of the most prominent Swedish journalists of the 20th century. In the eyes of many of his countrymen, his pen was far more dangerous than the Nazi sword. The film is a gripping tale of a man who risked his life for his beliefs and refused to be silenced.