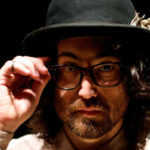 A woman looking for some familial support as she tries to break things off with her no-good husband finds that her sister-in-laws interest in her troubles is more that just friendly in this drama. Darla Carter (Guinevere Turner) is a woman living in the rural south with her husband, Myers (Bill Sage). Myers is handsome and sporadically charming, but thats about all he has going for him; he cant hold a job, he drinks too much, he often disappears without warning or explanation, and he has a violent streak. Darla has just about had her fill with Myers, and wants to kick him out of the house. However, when Darla discovers shes pregnant, she hesitates, wondering if keeping Myers around might be the best thing for her child. Concluding that shed be better off without him, Darla decides to confront Myers with his misdeeds, and asks her sister-in-law, Jolene (Dot-Marie Jones), to join her for moral support. However, Darla is seemingly ignorant of the fact that Jolene is a lesbian, and shares her brothers attraction to Darla. Stray Dogs was the debut feature from director Catherine Crouch; Crouch also wrote the screenplay, adapted from a stage drama by Julie Jensen.~ Mark Deming, All Movie Guide