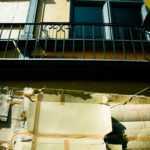 Shahid is the remarkable true story of slain human rights activist and lawyer Shahid Azmi, who was killed in 2010 by unidentified assailants in his office. From attempting to become a terrorist, to being wrongly imprisoned under a draconian anti-terrorism law, to becoming a champion of human rights (particularly of the Muslim minorities in India), Shahid traces the inspiring personal journey of a boy who became an unlikely messiah for human rights, while following the rise of communal violence in India.