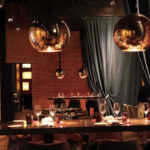 In this hilarious romantic comedy, Molly Mahoney is flying home to Chicago for her moms wedding and tells her family she is bringing a Mystery Man with her. When she discovers her Mystery Man has a Mystery Wife, she dumps him at the curbside check-in. In shock, she runs into childhood friend Josh Shiffman who is flying to the same event. Molly cries until she falls asleep on Joshs shoulder. While she is passed out, Josh gets a call from his parents and finds out his father, Max, is dying and his only regret is he will never meet the woman who will marry his son. Desperate to fulfill his dads final wish, Josh claims he has already met that woman, close family friend: Molly Mahoney! Josh convinces a reluctant Molly to play fiance for a few days. As the lie snowballs, these two boisterous families begin to plan what is really a phony wedding and somewhere in the chaos Molly and Josh may actually be falling for each other!