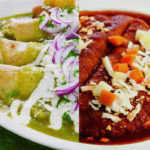 Lulu on the Bridge

Writer Paul Auster made his solo directorial debut with this romantic drama about an affair between a middle-aged musician and an aspiring actress. Hit by a stray bullet during a nightclub shooting, jazz saxophonist Izzy Maurer (Harvey Keitel) can no longer play, and he falls into a depression. His ex-wife Hannah (Gina Gershon), now attached to producer Philip Kleinman (Mandy Patinkin), turns up unexpectedly to take care of Izzy. Izzy meets Kleinman, and he also has an encounter with actress-director Catherine Moore (Vanessa Redgrave), whos planning a production of Pandoras Box. Walking around Lower Manhattan, Izzy finds a mans body with a phone number and a stone that emits a blue light with healing properties. When he phones the number, he speaks with actress Celia (Mira Sorvino), who just happens to be listening to his music. They fall in love, and Celia gets Izzy a job as a busboy at the restaurant where she works. Both are fired when he goes into a jealous rage over the attention she receives from one of her customers. After Celia leaves to act in a film in Ireland, anthropologist Dr. Van Hom (Willem Dafoe) turns up, searching for the healing stone. Shown at the 1998 Cannes Film Festival.~ Bhob Stewart, All Movie Guide