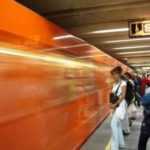 This is Ariels world: the small, slightly seedy shopping center in downtown Buenos Aires, where the Italian shopkeepers scream all day, the Koreans sell feng-shui and old Osvaldo sells nothing. Where Ariels mother runs a lingerie shop and his brother deals in import-export. Its a comfortable little world, in spite of an undercurrent of malaise and uncertainty. Many young people are searching for their immigrant roots to obtain a coveted foreign passport, the key to a world full of promise. Ariel, however, wants more than a passport from Poland, where his grandparents fled to escape the Holocaust. He wants to understand. Why his father left his family shortly after his birth to fight a war in Israel. Why he never returned. And why this seems to leave his mother and brother indifferent…But the truth changes. And when Ariels father returns, he brings with him new truths, a new story and, ultimately, a long-overdue embrace–one that had been lost for so long.