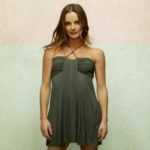 Filmmaker Rehana Mirza tackles the taboo of mental illness in the South Asian community in her writing and directorial feature debut. Hiding Divya provides a rare, realistic and poignant glimpse into the lives of three generations of women — Divya Shah whose bipolar illness has been denied and covered up for years; her rebellious daughter, Linny, who ran away from home as an unwed teen; and Linnys 16-year-old daughter, Jia, whose emotional turmoil is buried under a veil of secrecy. Combining the deft humor of Mirzas award winning shorts with the philosophical twists of her acclaimed theatre plays, the film tells a story of denial, shame, guilt and love.