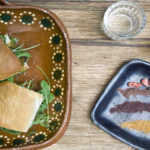 Treachery, sex and revenge take center stage in this energetic retelling of Shakespeares immortal play about the afflicted Prince Hamlet and his eventual descent into madness. To live or to die, to kill or to let God above seek revenge for the ills of mankind? The house that once brought Hamlet comfort and joy now snakes itself around him reeking of betrayal and incest. There is no peace to be found where only death and deception live.
Prodded to revenge by his fathers ghost, and emotionally abandoned by the queen and his beloved Ophelia, the princes return home on the heels of his mothers hasty marriage to his fathers murderer plays out as an intimate family drama clothed in a claustrophobic panic that ultimately ends in blood and death.