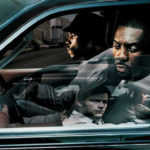 Halloween 4: The Return of Michael Myers - 35th Anniversary of Halloween

This fall, Compass International Pictures, Trancas International Films and Screenvision have teamed up to celebrate the 35th Anniversary of the 1978 classic, John Carpenters Halloween, with a series of HALLOWEEN films on the big screen. The celebration begins in October with the nationwide release of John Carpenters Halloween and continues through the month with Halloween 4: The Return of Michael Myers and Halloween 5: The Revenge of Michael Myers in select theaters. Each of these films will be presented in a striking, new HD transfer and 5.1 audio.
In John Carpenters Halloween, the villain, Michael Myers, has spent the last 15 years locked away inside Smiths Grove sanitarium under the care of child psychiatrist Dr. Sam Loomis (played by Donald Pleasance). On October 30, 1978, Myers escapes and makes his way back home to Haddonfield, turning a night of tricks and treats into something much more sinister for three young women, including Laurie Strode, the star-making role for Jamie Lee Curtis. Dr. Loomis is their only hope, but will he find his shadow-dwelling patient in time?
In Halloween 4: The Return of Michael Myers and continued in Halloween 5: The Revenge of Michael Myers, Michael has been in a coma since his pursuit of Laurie Strode, 10 years earlier. On October 30, 1988, Michael Myers awakens when he is transferred from Richmond Mental Institute back to Smiths Grove, and when he hears that he has a niece in Haddonfield, the killing begins again. On Halloween night, Jamie goes out trick-or-treating, little knowing that her murdering Uncle is following her and her step-sister Rachel. Dr. Loomis rushes to her aid with the help of Sheriff Meeker. Can anything be done to stop Michael this time?