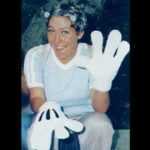 For more information on the films playing for each Fear Fete Film Block, please visit https://www.fearfete.com/horror-film-festival.html. Please note all films are Unrated and film blocks are treated as rated R and NC17 respectively.

Night Out / Hunter / The Cabin / Pieces of Talent /

La Llorona/ Klagger/ The House That Cried Blood/ The Tunnel

Grasshopper / Torturous / Night of the Pumpkin / Quite A Conundrun