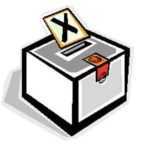 Based upon the final confession of Adolf Eichmann, made before his execution in Israel as he accounts to Captain Avner Less, a young Israeli Police Officer, of his past as the architect of Hitlers plan for the final solution. Captured by intelligence operatives in Argentina, 15 years after World War II, Eichmann, the Worlds most wanted man, must be broken down and the truth must be unveiled. As the world waits, two men must confront each other in a battle of wills- the result of which will change a nation forever.