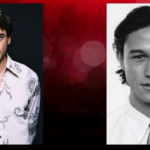 From 1973 through 1980, General Augustin Pinochets military junta in Chilé drew widespread fire for its flagrant and egregious violations of human rights abuses – with an onslaught of terror that brandished kidnapping, torture, homicide, and a plethora of other horrors — thus instilling terror and intimidation in the hearts of Chilean citizens and enforcing order with an iron fist. Less frequently reported were the contributions of courageous Chilean photojournalists, who quietly fought the status quo by wielding their cameras as weapons – hitting the streets to document the atrocities sweeping the country for the sake of future generations. Sadly (though unsurprisingly), many of these men were forced to spend their final years in exile from their homeland. One such crusader was filmmaker Sebastián Morenos father – one of the subjects of Morenos documentary The City of Photographers. In City, Moreno elucidates the contributions of his dad and other Chilean photojournalists whose legacies have been obscured by the tide of history. Via the use of extensive archival footage and haunting stills shot by his father and his fathers colleagues, Moreno both explores the mens contributions to social activism in the beleaguered Chilé, and pays homage to the unbridled courage of these activists.~ Nathan Southern, All Movie Guide