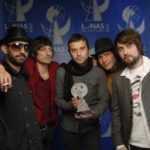 Two brothers that everything drives apart except the fact that theyre both Jews, meet again in Israel after years of silence. Dan chooses to work on the land, living in a kibbutz in the south of Israel. Aaron, his brother is a doctor of law and philosophy and a distinguished scholar of the Torah. He comes to Jerusalem from the United States to defend the rights of Torah students. The conflict which arises between the two brothers reflects that of a society torn between its religious and political principles. With restrictions on the increase and injustices multiplying, Israel today is on the brink of civil war.