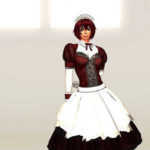 As far removed from a typical MGM picture as it was possible to get back in 1949, Border Incident is a gritty, realistic crime melodrama. The story concerns the efforts by both the Mexican and American governments to stop the smuggling of Mexican migrant workers across the border. Representing Mexico is special agent Pablo Rodriguez (Ricardo Montalban), while Jack Bearnes (George Murphy) works on behalf of the US. Screenwriter John C. Higgins and producer/director Anthony Mann refuse to pull any punches, as witness the surprising mid-film murder of one of the major characters. Highlights include a harrowing episode involving a plowing machine and a climactic shootout in a quicksand swamp. The uniformly well-chosen supporting cast includes Howard da Silva, Arnold Moss, Alfonso Bedoya and Charles McGraw, film noir veterans all.~ Hal Erickson, All Movie Guide