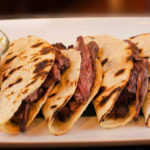 In Band of Sisters, two nuns advocate for the rights of immigrant detainees and deportees in and around a Chicago-area deportation center. It is 50 years since Pope John XXIII opened the Second Vatican Council to let a little fresh air into the church, and most Catholic nuns in the U.S. have never looked back. Fascinating scenes of convent life prior to Vatican II contrast with those of nuns in the tumultuous and exciting years after the Council, when sisters became engaged with the great social movements of our day.
Adeptly illuminating the path from direct service to social justice to the transformation of consciousness, Band of Sisters travels with sisters who continue their mission as organic farmers, environmental attorneys, peace activists, holistic health care practitioners, podcasters, and more. With poignancy, drama, and humor, the film fosters well-deserved recognition for its engaging characters and the thousands of sisters like them.
In the face of obstacles and threats cast by government agencies, the military, and the hierarchy of their own church, the forward-thinking U.S. nuns are on a mission of love, and it appears that nothing can stop them.