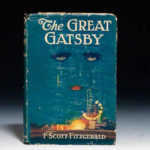 A treasured tale of fairies, spells, and storybook romance: The Sleeping Beauty is the ultimate in classical ballet. Yuri Grigorovichs adaptation of Marius Petipas choreography, called the best of the Bolshoi (The New York Times), is paired with some of Tchaikovskys most memorable melodies. The Sleeping Beauty stars David Hallberg, the first ever American Premier dancer (principal dancer) at the Bolshoi, as Prince Désirè and Svetlana Zakharova as Princess Aurora. This production was one of the very first performed in the newly renovated Bolshoi Theatre.