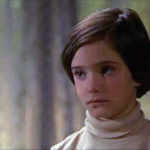 On March 13, 1997, while looking skyward for a glimpse of the Halle-Bopp Comet, thousands of Arizona residents also witnessed a mile-wide, V-shaped formation of lights or craft slowly and silently gliding over their heads. ABC, NBC, CNN, MSNBC, The Discovery, Travel, History, Science Channels and USA Today were just a few to report on the story. UFO buffs call it the most documented mass sighting ever recorded. The official explanation is that the lights were flares dropped by military aircraft. Many experts and witnesses insist that what they saw were definitely not flares, but something beyond this world.