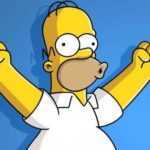 When an elderly woman is viciously murdered in Oxford, her body is discovered by two strangers whose lives are immediately changed forever: Arthur Seldom, a prestigious professor of logic, and Martin, a young graduate student who has just arrived at the university hoping to be Seldoms pupil. It quickly becomes clear that hers is the first in a series of increasingly bizarre murders, with each victims corpse marked by strange symbols. Professor and student join forces to try and crack the code, setting into motion an elaborate game with the killer with ever-increasing stakes. As Martin gets closer to the facts, he grows increasingly unhinged from his grasp on the world around him.