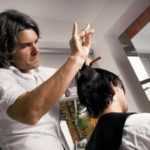 When Melbourne hit-man Ray Shoesmith discovers that his next-door neighbor is a film student, he commissions him to document his life. The footage is to be released in the event of his early death. The focus is not on the violence, but on the conversation, the banalities and intensities of human interaction and obsessive interest in detail. We see what makes Ray tick, even as we witness his brutal efficiency. This darkly comic tale is fictional narrative, shot like a documentary. Its main character is a likeable killer, whose strangely moral illustrations take a jab at everything from the legalization of drugs to the prevalence of gays in Hollywood.