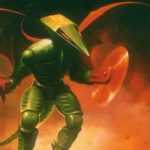 An honest, low-ranking samurai, Munezo Katagiri finds himself buffeted by the confusion of old and new in mid-19thcentury Japan. Facing outside pressure, the Shogunate is trying to open Japan to the West and some carefully selected Western ways, while maintaining its fragile political base. Munezo, and his colleague Samon Shimada try to maintain their footing, paying heed to the demanding moral code of the samurai while also learning new military strategies, particularly the mastery of Western artillery. But Munezo also has a personal complication. He is secretly in love – so secretly, he may not even admit it to himself – with his familys maid, the sweet and beautiful country girl, Kie. Tension finally leads Munezo to confess his growing affection to Kie, while he is ordered to face one final challenge to his principles.