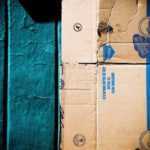 This 1975 film provides a superb look at popular Hindi cinema. Although it can be called an adventure, it has a spaghetti-western storyline, martial-arts sequences, comedy, soap-opera melodrama, and even musical numbers, including an early scene that has the two main characters riding a motorcycle and singing like Elvis Presley in the carnival flick, Roustabout. The film itself is indeed a carnival, and many of the features produced by Indias popular movie industry exhibit a similar mixture of ingredients in an attempt to meet the audiences every possible expectation. Veeru (Dharmendra) and Jaidev (Amitabh Bachchan) are two small-time troublemakers who, in the past, have run afoul of Thakur Baldev Singh (Sanjeev Kumar); the Thakur, a former law officer, has seen the pairs heroic nature despite their criminal ways. When a gang of bandits led by Gabbar Singh (Amjad Khan) murders the Thakurs family and cuts off his arms, rendering him helpless rather than killing him, he enlists Veeru and Jaidev to help him seek revenge. In the Thakurs rural village, the two bandits find romance and a hope for redemption and seek to free the village from Gabbar and his minions. The massive appeal in India of films like Sholay becomes evident; surprisingly, it succeeds in almost every genre it attempts to play.~ Jonathan E. Laxamana, All Movie Guide