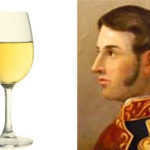 This film follows the remarkable life of author, photographer, activist and cowboy Dayton O. Hyde as he maintains his sanctuary for wild horses and works tirelessly to protect the vanishing landscape of the American West. Director Mitchell captures the beauty, soul and spirituality of this American Hero as he continues his endless work in conservation and saving the wild mustang. Filmed over the course of 11 years, the film examines the inspirational life of this modern day renaissance man and one of the last old-style cowboys. Through heroic determination, he is preserving part of the American West and its heritage. For the last 25 years, Dayton has managed the breathtaking 12,000 acre Black Hills Wild Horse Sanctuary in South Dakota, where more than 500 mustangs now run free – all rescued from the controversial wild horse roundups. He fights to protect the land as well, as witnessed by his latest effort against a uranium mining company that is poised to pollute the water and contaminate the ecosystems that support the residents, wildlife and horses of Black Hills. Combined with additional footage of government-captured wild horses, the film presents a stark contrast between Daytons success in wildlife management and protection, and how poorly the environment is managed outside of his sanctuary.