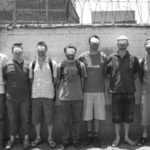 Set in Punjab, Phillauri is about an NRI Punjabi boy named Kanan who returns to India to get married to his childhood sweetheart. As luck would have it, his horoscope reads that he is a Manglik and that he would need to marry a tree before he can marry Anu to ward off any threat to his love life. Grudgingly he gets married to the tree and to his shock, he finds himself being trailed by an unearthly entity who is revealed as Shashi – the friendly spirit. Shashi used to live on the tree and when Kanan married the tree and then the family chopped it down as a ritual – she finds herself in the world of Kanan not knowing what to do and figuring how she is facing such a predicament. In the course of the films journey we find there is a poignant beautiful, unfulfilled romantic back story of Shashi with Phillauri that becomes that centre-plot of the film.