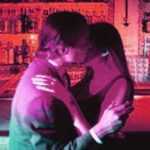 N-Secure is a no holds-barred thrilling drama mixed with murder, mayhem and manipulation among affluent professionals. This film sheds light on a mans downfall from the pinnacles of success into the depths of his damaged character. His insecurities lead him into a series of troubled romantic relationships and eventually a web of events that include betrayal and murder.