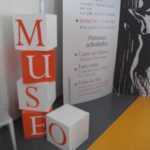 Mountain of the Moon (Chander Pahar)

This is the journey to the fabled, Mountain Of The Moon, in search of gold and diamond mines, up against threats as vivid and varied as lurking snakes, pouncing lions, poisonous flora, the fury of an active volcano and a seemingly, almost supernatural mythical horror The Bunyip the guardian angel of the diamond cave. However, it is also the story of grit and determination, a story of following ones dream against all odds and emerging victorious, a story about a young lad called Shankar who, faced with the prospect of having to make a living as a factory worker in his impoverished village, bids farewell to his family in Keutia, rural Bengal, and through his aide Prasad Das Banopadhay, who happens to work for the Uganda railway head office, sets sail to the Dark Continent to work as the station master in Nakuru station, a dream come true for Shankar who has always envisioned himself as a expeditionary and holds interest in world geography and map reading. It is at this Nakuru station, where Shankar is faced with the consequences of Africa, ranging from bloodthirsty lions & aggressive Black Mambas. Shankars true test begins when he rescues the Portuguese explorer Diego Alvarez and he tells the story of the ultimate adventure; a journey to the fabled Mountain of the Moon.