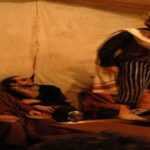 With more than 8.5 million records sold and 12 No. one hits under his belt, entertainer Jason Aldean released one of 2012s most buzzed about new albums, the PLATINUM selling, #1 NIGHT TRAIN. Entertainment Weekly calls Aldeans delivery on the album epic, and Billboard points to the singer pushing the limits to move his sound forward sonically, vocally and lyrically.