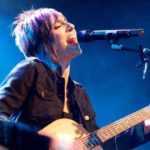 In the aftermath of Hurricane Katrina, Brandon Darby developed a reputation as a bold and effective activist and founding member of the relief organization Common Ground. Darby was the type of guy who would heroically and single-handedly brave toxic floodwaters to rescue a stranded friend in the Ninth Ward. His mix of charisma and bravado established him as grass-roots activist darling to the American Left. Everything changed in 2008 when two youths were arrested for attempting to disrupt the Republican National Convention. Darby, working as an informant for the FBI, infiltrated the protest group, and was largely responsible for their arrest. Darby is a confusing, complex riddle of a character vilified by his former friends and praised by groups like the Tea Party. Filmmaker Jamie Meltzer reveals the bigger truths behind Darbys actions through engaging interviews with all the major players and stylized reenactments (featuring Darby playing himself) in this spellbinding and provocative work.