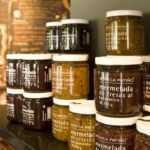 Spanning 50 years, director John Fords How Green Was My Valley revolves around the life of the Morgans, a Welsh mining family, as told through the eyes of its youngest child Huw (Roddy McDowall). Over the years, the family struggles to survive through unionization, strikes, and child abuse. As they do so, their hometown and its culture begins to slowly decline. Donald Crisp portrays Gwilym, the patriarch of the Morgan household, who dreams of a better life for young Huw. Based on the novel of the same name by Richard Llewellyn, How Green Was My Valley won five Academy Awards in 1941, including Best Director, Best Supporting Actor (Crisp), Best Art Director, Best Cinematography, and Best Picture (beating Citizen Kane). The book was later adapted into a 1975 BBC miniseries.~ Matthew Tobey, All Movie Guide