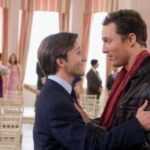 British filmmakers Michael Powell and Emeric Pressburger once again deliberately courted controversy and censorship with their 1947 adaptation of Rumer Goddens novel. Deborah Kerr and Kathleen Byron play the head nuns at an Anglican hospital/school high in the Himalayas. The nuns well-ordered existence is disturbed by the presence of a handsome British government agent (David Farrar), whose attractiveness gives certain sisters the wrong ideas. Meanwhile, an Indian girl (Jean Simmons) is lured down the road to perdition by a sensuous general (Sabu). While Kerr would seem most susceptible to fall from grace –we are given hints of her earlier love life in a long flashback–she proves to have more stamina than Byron, who delivers one of moviedoms classic interpretations of all-stops-out, sex-starved insanity. The aforementioned flashback was removed from the US release version of Black Narcissus so as not to offend the Catholic Legion of Decency. While the dramatic content of the film hasnt stood the test of time all that well, the individual performances, production values, and especially the Oscar-winning Technicolor photography of Jack Cardiff are still as impressive as ever.~ Hal Erickson, All Movie Guide