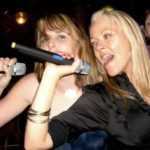 Retraces the epic story of the Parisian Resistance fighters of the FTP-MOI (Francs-tireurs and Partisans – Immigrant Workers). Led by Missak Manouchian, a worker and poet of Armenian origin, the group carried out around 30 operations against the Nazis between August and November 1943. Handed over to the Germans by the French police, 23 members of the Manouchian group were executed, and the Nazis tried to use their foreign roots in a propaganda campaign against immigrants in Paris in Spring 1944. But the propaganda had the opposite effect and the members of the network became martyrs of the Resistance movement.