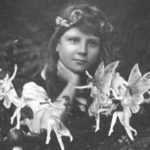 Filmed simultaneously with the English version, this German-language film is considered by many to be technically superior. Greta Garbo, who was discovered by Louis B. Mayer in Berlin, spoke German well and her performance was highly praised. As the old lush Marthy, actress-writer Salka Steuermann (later Viertel) was perhaps not as striking as Marie Dressler, but her performance was highly praised. Veteran German star Hans Junkermann, in his only Hollywood film, took over from George F. Marion as Chris Christofferson, Annas sailor father, and Theo Shall replaced Charles Bickford as the virile Matt Burke. The latter became famous in his native Germany as the man who kissed Garbo. Completing the small cast, Herman Bing appeared unbilled as Larry, the bartender who serves Garbo her viskey. The star herself often admitted to favoring this film over the English-language version and felt a great kinship with Belgian director Jacques Feyder.~ Hans J. Wollstein, All Movie Guide