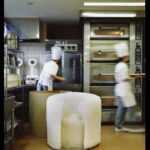 A Strange Brand of Happy

After losing his job David is pushed by his roommate to hire a life coach named Joyce. A decision aided in part by how pretty David finds this life coach, but also a desire to get unstuck in life. When Joyce invites him to join the volunteer group she takes to a retirement home David discovers his manipulative ex-boss, William, is part of the group and interested in Joyce. The retirees instantly recognize the potential for drama with this love triangle, and two wily old men goad the boys to battle for Joyce. Davids path to finding himself gets twisted by this competition and in the end causes him to make a decision that nearly ruins his progress on both fronts.